Upper Valley Arts is a volunteer-run 501(c) 3 non-profit organization based in the Upper Valley area of Vermont and New Hampshire. Our activities involve the promotion of performing and cinematic arts in the region. We support local filmmakers, writers, playwrights, actors, and musicians by holding readings and performances, offering feedback sessions for works-in-progress, providing production support, lending filmmaking equipment, and fiscal sponsorship.

CURRENT PROJECTS:
We are working with Off The Grid Productions on two projects:
-Kiwakw, or Winter’s Witch is a feature film in development written by Jesse Bowman Bruchac, Nora Jacobson and Harry Gray. Currently they are raising money to shoot a demo reel. Their goal is $10,000, To date they have raised $2,000.
For more information about the project, contact Nora Jacobson: norajacobson@gmail.com
To make a tax-deductible contribution, click here.

-Ruth Stone’s Vast Library of the Female Mind  is a feature-length documentary about the acclaimed poet Ruth Stone. Currently in post-production, the film is slated for distribution in fall 2021. For more information: www.offthegridproductions.com
To make a tax-deductible contribution, click here.

-We are co-sponsoring, with The Vermont Movie,  an award for the 2021 Freedom and Unity Youth Film contest, administered by White River Indie Film.  For more information go to freedomandunitytv.org,  thevermontmovie.com or www.wrif.org.

-We have assisted many filmmakers and theater directors as they raise money for their productions, most notably, We The People Theater Company, with their production of “Working” and “Man of La Mancha” and well as Stefan Van Norden’s film “Negotiating With Nature. We have received contributions from numerous organizations to support this work: The Byrne Foundation,  National Life of Vermont, the Vermont Folklife Center, the Bay and Paul Foundation, the Vermont Community Foundation, The John M. Bissell Foundation and Vermont PBS and many others.

-We worked with a group of award-winning Vermont filmmakers to make the celebrated 6-part film series: Freedom & Unity: The Vermont Movie. This collaborative film weaves together history, politics and culture, resulting in a rich tapestry that connects Vermont’s present, past and future. It has been shown throughout Vermont and on Vermont and Maine PBS.

We also hold readings, critique sessions and music jams, where artists present work-in-progress and get feedback from other artists. Please contact us if you would like to participate:
info@uppervalleyarts.org 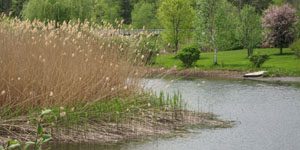 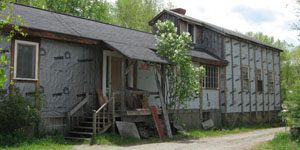